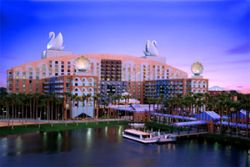 The company's portfolio of travel brands includes Pleasant Holidays, Journese, Air By Pleasant and Pleasant Activities. Pleasant Holidays' headquarters is in Westlake Village, Calif., near Los Angeles, with regional offices in San Diego and Honolulu. Its dedicated team of travel professionals numbers more than 400 employees across all locations.

If you like this trip...
Prices are per-person based on double occupancy, unless otherwise noted.